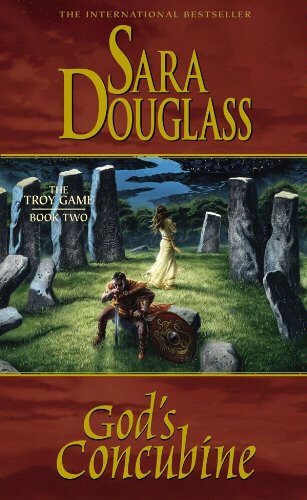 For a second book to a series I found it to be quite intriguing. The author has continued and affirmed the storyline in the representation of the characters in a a new life. It did have quite a bit of overlap that in some novel can be quite tedious. But with the amount of interesting additions it seemed to add to the story rather make it drag.

Again my favourite character is centred on Cornelia now reborn as Caela. She is sweet and holds a hidden strength and from what I understand remains to have some kind of “foundation” and is more “sensible than the others. Although by the end of this second novel I am not sure sensible is exactly the most correct choice of wording.

The moving forward of this story into the next era has been done well. I enjoyed the fact that their roles in society had been muddled over time. It goes past the time of ancient myth, and into a mor civilised time of war! It is still written in a time that is still long enough ago to have no complete knowledge of the goings on of this time at least as in depth as it is portrayed in this novel.

The downfall of this novel I feel if there is one is the slower pace of the story. It doesn’t seem that any of the characters really make much ground other than Caela. Which although may be somewhat greatly significant, it appears to be the only real one.

Overall I have to say that I have really enjoyed this second novel to the Troy Game series. I would recommend this to anyone interested in historical foundations to their novels as well as those who enjoy the fantasy genre. I give this book a rating of 8.5/10 stars.

Looking for something in particular?